Mural of Kobe, Gigi Bryant restored after ‘rapist’ painted next to Kobe’s face 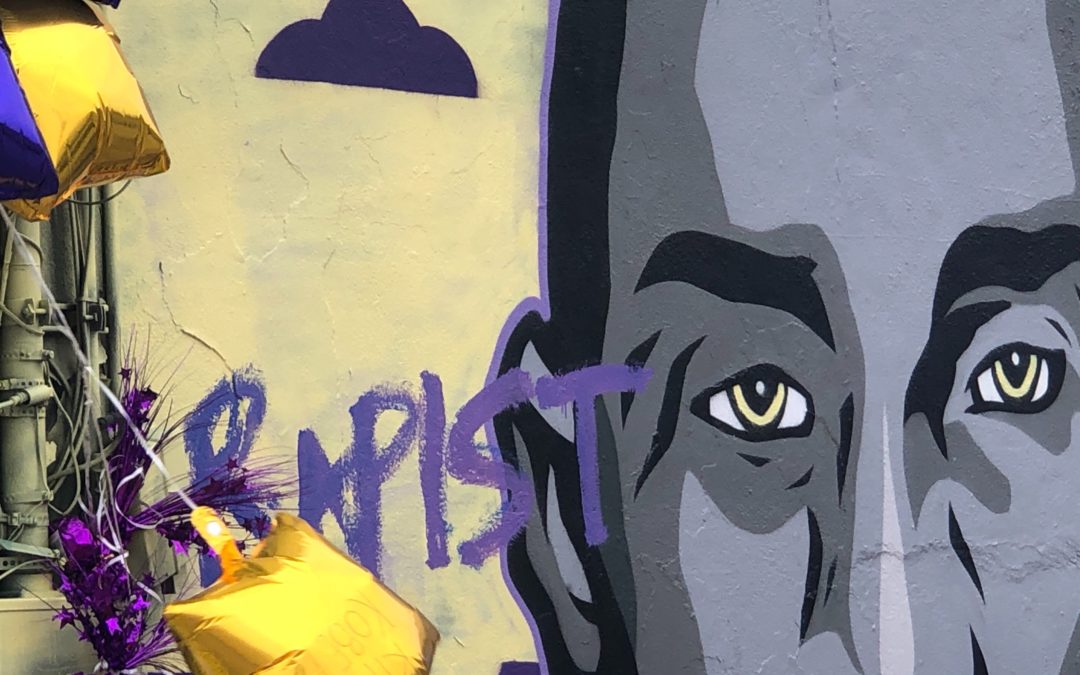 Between Thursday night and Friday morning, someone defaced the mural of Kobe Bryant and his daughter Gigi, painting the word “rapist” next to Kobe’s face.

Felix Jaimes, one of the artists who created the mural, painted over the word Friday morning. KXAN photographer Todd Bynum caught up with Jaimes as he was repairing the mural.

The mural is located on the backside of the restaurant Sushi Hi located at the intersection of Guadalupe Street and 29th Street. It was created by a trio of Texas-based graffiti artists: Josue Rivera, known as Laced and Found; Felix Jaimes, who goes by Snuk One; and Riki Loring.

Rivera and Jaimes appeared on KXAN Live Thursday afternoon, where they explained that it only took them about seven hours to paint the entire mural. They began planning it Monday and finished all the work Tuesday.