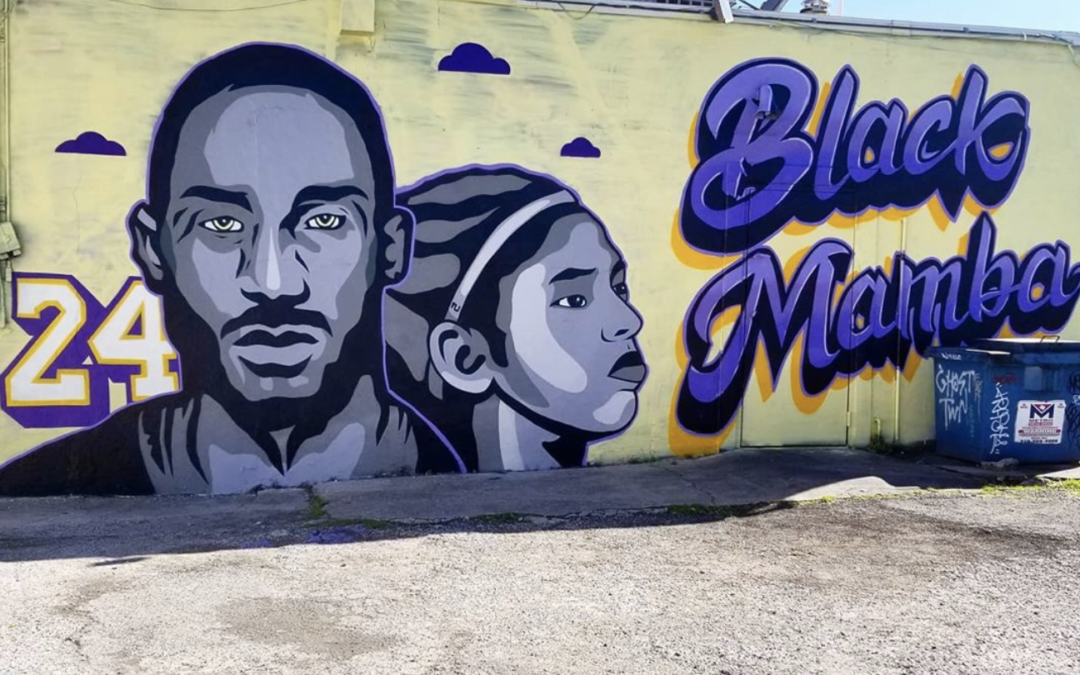 AUSTIN, Texas – Many continue to mourn the deaths of nine people, including basketball legend Kobe Bryant and his daughter Gianna, in a helicopter crash over the weekend and two local artists have created a mural for Austinites to pay their respects to those who died.

“We did it for the City of Austin. We wanted to give everybody out here a place to come and honor the legend that Kobe Bryant was and the legacy that he left behind,” says artist Josue Rivera.

That place is a mural located on a wall behind the restaurant Sushi Hi located at 2912 Guadalupe Street. It was created by Rivera, known as @lacedandfound on Instagram, and Felix Jaimes, known on Instagram as @snukone.

Rivera grew up in the Bronx and says he grew up learning about and following Bryant’s career. He says you didn’t need to be a basketball fan to understand the impact Bryant had on inner-city kids and on the sport.

For Jaimes, he says he and his 14-year-old nephew were big fans and together they watched the Lakers and Bryant play. Jaimes says he was home with his wife when he found out about the crash and his nephew told him the news. Jaimes says seeing how heartbroken his nephew was showed just how much Bryant meant to people. “We had to come out here and pay our respects in a way that means the most to us,” Jaimes says.

Rivera and Jaimes have been collaborating together for some time and have multiple pieces around the city but both agree that this is the first time anything they’ve done has generated such a response. “The love we’ve gotten has been amazing,” Jaimes says. “It’s overwhelming.”

“We are immensely honored at the response we’ve gotten from it. We didn’t expect it to be as big as it was,” Rivera says.

The mural has drawn a steady flow of people who’ve come to take photos but there are flowers, candles, and balloons that have been left behind as well as it’s slowly become a bit of a makeshift memorial.

One of those people who checked out the mural was John Rodriguez. Rodriguez says he’s not only a fan of what Bryant did on the court but also what he did for his daughter Gianna. It’s something Rodriguez says he wants to pass on to his own daughter. who he brought to the mural. “Let her learn on her own and taught her how to be a champion and how to work hard for what you want. I do hope that I’m able to put some of that into her,” Rodriguez says.

Rivera says Gianna’s legacy was something they thought about as well. “The impact she had on young children growing up wanting to be sports athletes it was without question we had to do this.”