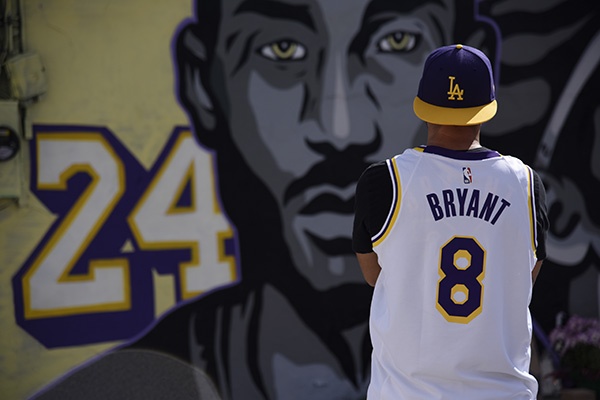 To honor the lives of NBA star Kobe Bryant and his daughter Gianna Bryant, local graffiti artists designed a mural featuring the father and daughter to provide the Austin community a place to pay their respects.

Bryant and his daughter died in a helicopter crash which killed seven others in California last week. The mural, which took eight hours to complete, is located on the wall behind the Sushi Hi restaurant on 2912 Guadalupe St.

Felix Jaimes (Snuk One), one of the mural’s artists, said the mural is bringing people together during a tragic time.

“This mural, to us, is our way of paying our respects to those in the accident who passed away,” Jaimes said. “Fan or not a fan of Kobe, everybody knows about him. He made a huge impact on a lot of people.”